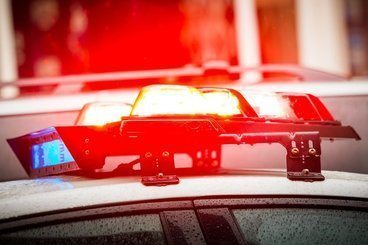 There are many different reasons why a person might commit a crime or even be accused of committing one they didn’t. Unfortunately, in an age where people feel less and less safe, it’s not uncommon for an innocent person to find themselves in the midst of criminal allegations.

A recent study out of Chicago identifies that stress in high crime neighborhoods could increase a person’s chance of colorectal cancer. Researchers from the University of Illinois in Chicago found a link and published it in the journal, Gut, identifying that residents may be more susceptible to cancer risk because of fear over crime.

The study identified that African Americans living amidst structural violence, which was the particular kind associated with stress, are more likely than whites who live without such stresses to develop colorectal cancer.

Traveling complicated or long journeys to find healthy food and other resources in addition to fearing crime on a regular basis was determined as the definition for a structural violence. The UI Cancer Center recently received $6 million in grants from the National Cancer Institute and used that to identify this connection. Lifestyle and diet play a critical role in colorectal cancer.

Approximately 47% of colorectal cancer cases they found could be prevented every year with healthy lifestyle changes. The UIC researchers identified that the constant stress levels associated with African Americans in high crime levels had higher proportions of sulfide producing bacteria in their guts than did white individuals living in resource rich and safer neighborhoods.

The higher the level of bacteria, the higher the risk of colorectal cancer development. If you have been accused of a crime or living in an area in which the authorities are targeting criminal activity because of the perception of serious dangers, you may need a criminal defense attorney to help you.

A review of the evidence and other support from a lawyer may mean the difference between avoiding a conviction and finding yourself behind bars. These serious situations could influence your future for years.